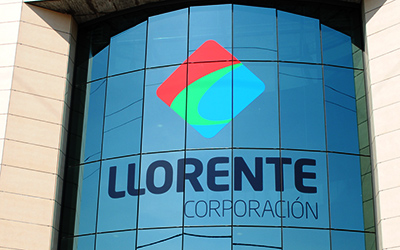 About us
&nbspOur Commitment to ODS

Construcciones y Obras Llorente (COLLOSA) was founded in 1944 through the initiative of Patricio Llorente de Blas, who successfully consolidated a company of veritable importance within the construction sector. In 1978, it was set up as a corporation and was fully consolidated as a medium sized company when his sons, Alejandro, Miguel Ãngel, and Patricio, joined. At the end of the 1980s, it developed into a large business group, of which COLLOSA was the embryo. The need to diversify the business activity gave way to new companies and stakes in other similar ones, all of which today constitute CORPORACIÃN LLORENTE, which is 100% family owned. A holding company that operates in such diverse sectors as construction, energy, services and leisure, and has consolidated its position in the Spanish domestic market and has strengthened the expansion of its activity at the international level, being present in countries such as Chile, Peru and Qatar. The Corporation has experienced significant growth, above the average of the sectors in which it does business, reaching a high level of presence in the emerging activities that is similar to that of the large groups with which it competes.